View Comments
Supernatural in the news this week!
Catching Up With Current And Former Cast Members
Other Projects
See trailer for Rob Benedict's (God/Chuck) new film Five Minutes
You can sign a petition asking for season 2 of Kings of Con.

As we all know, Kings of Con got lost their home because Comic Con HQ seems to be shutting down completely and the show is currently looking for a new home. Since season two is almost fully written, I thought it would be best if Netflix would pick it up!

Nerds and Beyond has more
Sebastian Roche's (Balthazar) new movie, We Love You, Sally Carmichael, opened Friday to great reviews.

FIRST REVIEWS ARE IN! Our Hollywood Premiere was a big hit & people LOVE #LoveSally! In #Utah theaters this weekend 8/4! @megaplextheatre pic.twitter.com/741uPM1Eyl

Going to be a very bad boy in the feature film HOSPITALITY, with Emmanuelle Chriqui, Sam Trammell, and JR Bourne. It's good to be bad.

S.W.A.T. Under Siege is now available on ITunes. It stars both Adrianne Palicki (Jess) and Ty Olsson (Benny Lafite).

Felicia Day (Charlie Bradbury) did voice work with William Shatner on this  week's episode of My Little Pony.

It's happening TOMORROW! Don’t miss the mid-season premiere of My Little Pony with @WilliamShatner & @FeliciaDay at 11:30AM ET! #MLPSeason7 pic.twitter.com/ckJmn9ePsE

Felicia also took part in another episode of Vaginal Fantasy.
Felicia will be doing more voice work later this year.

Later this year, @feliciaday will be voicing a character on a new Stretch Armstrong cartoon on @netflix (@wilw too)! https://t.co/9Uv6VHchUQ

Lisa Berry (Billie the Reaper) is starring in another play at this year's Shawfest.

Just opened my latest play #AnOctoroon
By: Brandon Jacobs-Jenkins ? what a ride! Come see it if you can ? https://t.co/My5f6MHQNQ https://t.co/DLjo7FuSnM

An Octoroon ? is "about making you FEEL something" - Actor @NessaSears #OnStage pic.twitter.com/czOVapoYBT The Kickstarter for Briana Buckmaster's album is doing great. She has added a stretch goal.

The very first BRIANA BUCKMASTER CONCERT!! What!!!?
$32,000 is our next goal ??.Check out the update on kickstarter ❤https://t.co/1GSF6WOUfs

David Hayden-Jones gave a little more insight into the slogan for his Represent Campaign.

THE STORY of HOW OUR LESS THAN THREE CAME TO BE Please join me in getting your “Less Than 3 = Love” @represent Apparel at: www.represent.com/dhj To help support my chosen charity, The Alzheimer's Foundation of America @alzfdn This is OUR shirt, Mates! It all started with my embarrassing Social Media faux pas. As people started to find me, I kept seeing <3 popping up in my feeds. As a daft “newb”, I actually thought I was being trolled and that people were rating me unfavorably! That is until the generous community quickly (whilst stifling their laughter, I’m sure) educated me that <3 was an old texting emoji for a heart and was meant to say “LOVE”. Well, haha… THAT felt much better. Others, thank goodness, soon told me that they too had been confused by it at one time. Phew. Now I wasn’t alone. I had love and empathy coming on my side. Then a lovely woman on Twitter told me that she and her partner actually say, “I Less Than Three You” to each other after I just had used the same turn of phrase; being the cheeky math nerd I am. Now we had something; OUR official inside joke! It got hash-tagged, re-tweeted, memed, and shortened to #LTTU. It warmed my heart and showed me, a social media critic, what GOOD could come from Twitter, Facebook and Instagram. Well, now, that mistake, turned joke, turned meme, turned apparel is going to do some good in the world. Profits from the sales will go to benefit my very personal and chosen charity: The Alzheimer’s Foundation of America. For my Nana. And my wonderful Grandfather, Aunts, Mother and part-time caregiver who nurtured her and gave comfort. #LTTU Davey HJ P.S. Look even my trailer clock is saying less than three!! ;) #lttu #lessthanthree #spnfamily #hallmark #hearties #ketch #dhj

Miscellaneous
Jared Padalecki, Jensen Ackles and Clif Kosterman were photographed golphing this week. PopSugar has the photos here.
Just Jared has more photos of the game here.
Jared and Jensen also made D'Marge's list of Best Dressed Men Of The Week.
People Babies did a piece on A.J. Buckley's contribution to fatherhood in Diaper (Bag!) Duty: 5 Luxe Carryalls for the Super Stylish Mom and Dad
Hit 'Next' for more news.


Catching Up With Current and Former BTS Personnel
Adam's Glass's comic Luke Cage was analyzed in Luke Cage, Stagolee, and the Importance of Myth

Show Tidbits
High Voltage tells us 5 Reasons Why Supernatural Continues to Surprise Us
They also listed 5 Reasons You (Still) Love Supernatural
At the summer TCA press tour this week, Mark Pedowitz announced, before he could even be asked, Supernatural Will Stay On the Air ‘As Long as The Boys Want To Do It’
Kim Rhodes (Sheriff Jody Mills), Samantha Smith (Mary Winchester), Cindy Sampson (Lisa Braeden) and Katherine Ramdeen (Alex Jones) all were interviewed about their auditions for Supernatural in CW stars look back to life-changing auditions
Fansided ran ‘Supernatural’ urban legends: ‘Wendigo’ explained
Spotted Ratings looked at how Thursday nights on the CW fared The Breakdown: CW Thursday in 2016-17 (Supernatural, Legends of Tomorrow, Riverdale)
Jensen Ackles reveals his favorite episode of 'Supernatural'
Nerd Alert News is getting through Hellatus by holding a  ‘Supernatural’ season countdown to October
Want to hear more about Supernatural? We have two new podcasts.
Wayward Nerds is taking a look at all the episodes starting with the pilot. You can find them on ITunes or their website. 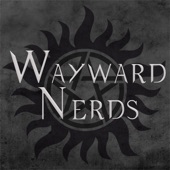 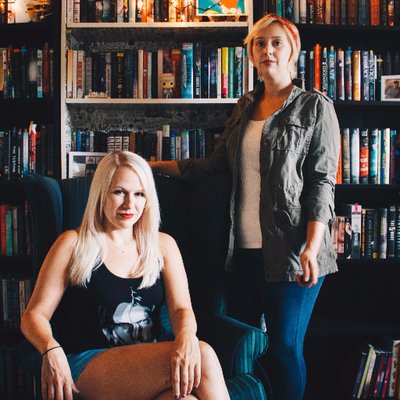 Hwy to Hell is also taking a look at the series starting with an introduction on Why You Should Watch Supernatural and continuing by examining each episode.  The podcast can be found on ITunes and the website.
Includes
Exclusive Content 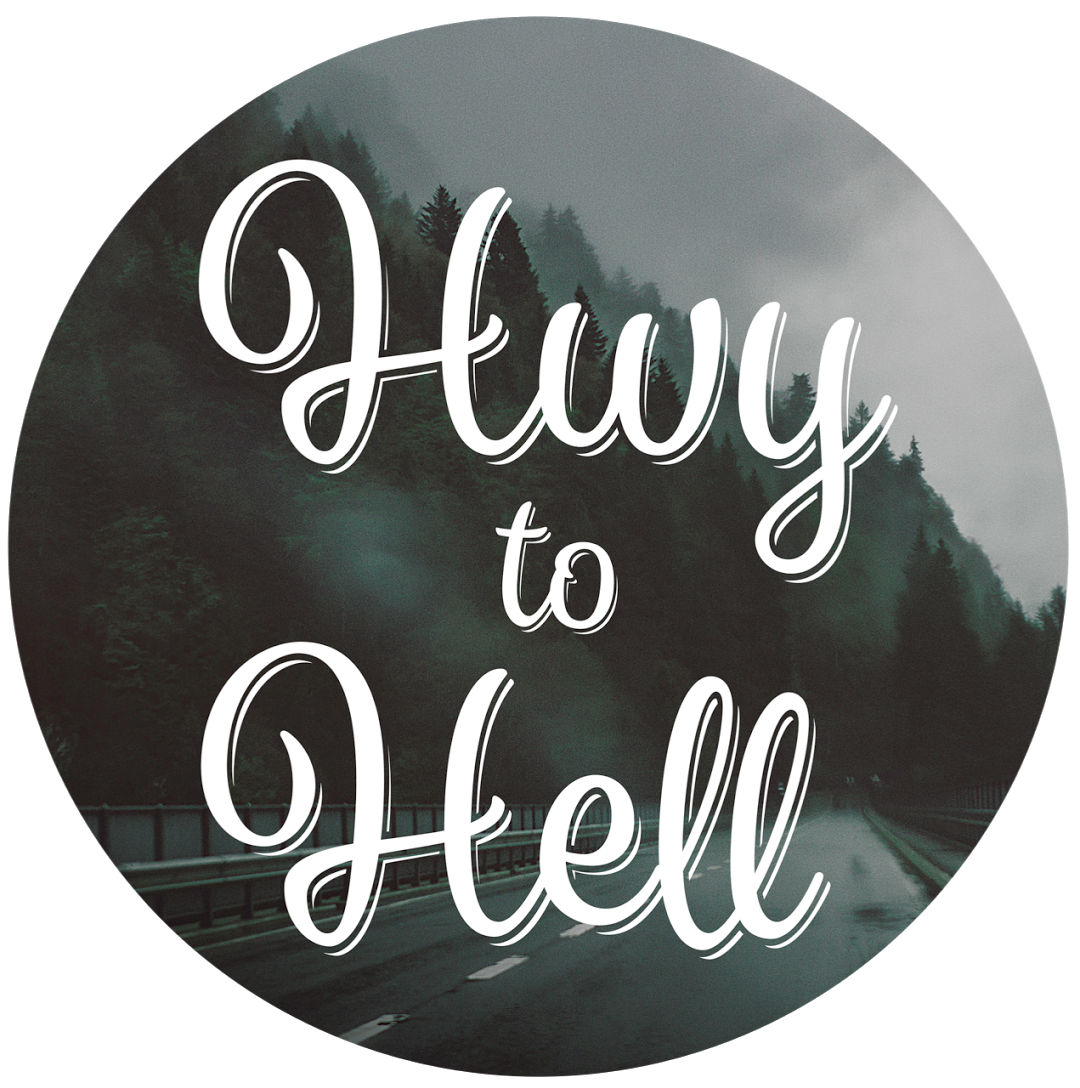 Screening of Revenge of the Nerds and book signing is Tuesday evening T Rosemont Theatre in Chicago. It's a separate event from the con. https://t.co/9XZW9Iq5Vu