The night I spoke at SPN bar I was in congestive heart failure I have undergone successful valve surgery. Back soon. pic.twitter.com/xtPKfXKtoQ

Get better Jerry! We need your beautiful set design. It is part of what makes Supernatural, Supernatural.
Eric Kripke got some good news Timeless - Season 1 - Episode Order Extended / Taken - Premiere Date Revealed .
Den of Geek Talked with Eric about Timeless at the NY Comic Con Timeless Trades Paradoxes for Historical Adventure.
‘Supernatural’ writer Davy Perez talks American Nightmare with MovieTVTechGeekNews. The part I liked best was when he talked about developing the episode

What sort of direction were you given for the episode? (Were you given a concept to start with, or certain things that had to happen, or what?)

Most of the ideas are self-generated here and then bounced around, then ultimately shaped by our fearless leaders Andrew Dabb and Bob Singer.  For this particular one, since it was my first, I was given a loose concept to write about:  A rustic off the grid family that is dealing with this Supernatural phenomenon in their household, the rest was left to me to fill in.  One thing that definitely had to happen was the guys needed to each be dealing with Mary’s decision to break off for a while, and it needed to come from a genuine emotional place.

In honor of Spidey's series finale coming out today, here are some of my favorite pages from the series #Spidey pic.twitter.com/WjPwDTIBpm

Robbie didn't rest on his laurels. He wrote the script for this trailer for Marvel Video Comics

#Spidey 12 (the thrilling series finale!) is in stores today -- big thanks and much love to everyone who worked on/supported this book! pic.twitter.com/iHLpwLbHmA

Here is my last book of my first run on #RoughRiders @AfterShockComix on sale today at #LCS on #NCBD love this series. #SPN #CMBB pic.twitter.com/sLmKZkPSIr 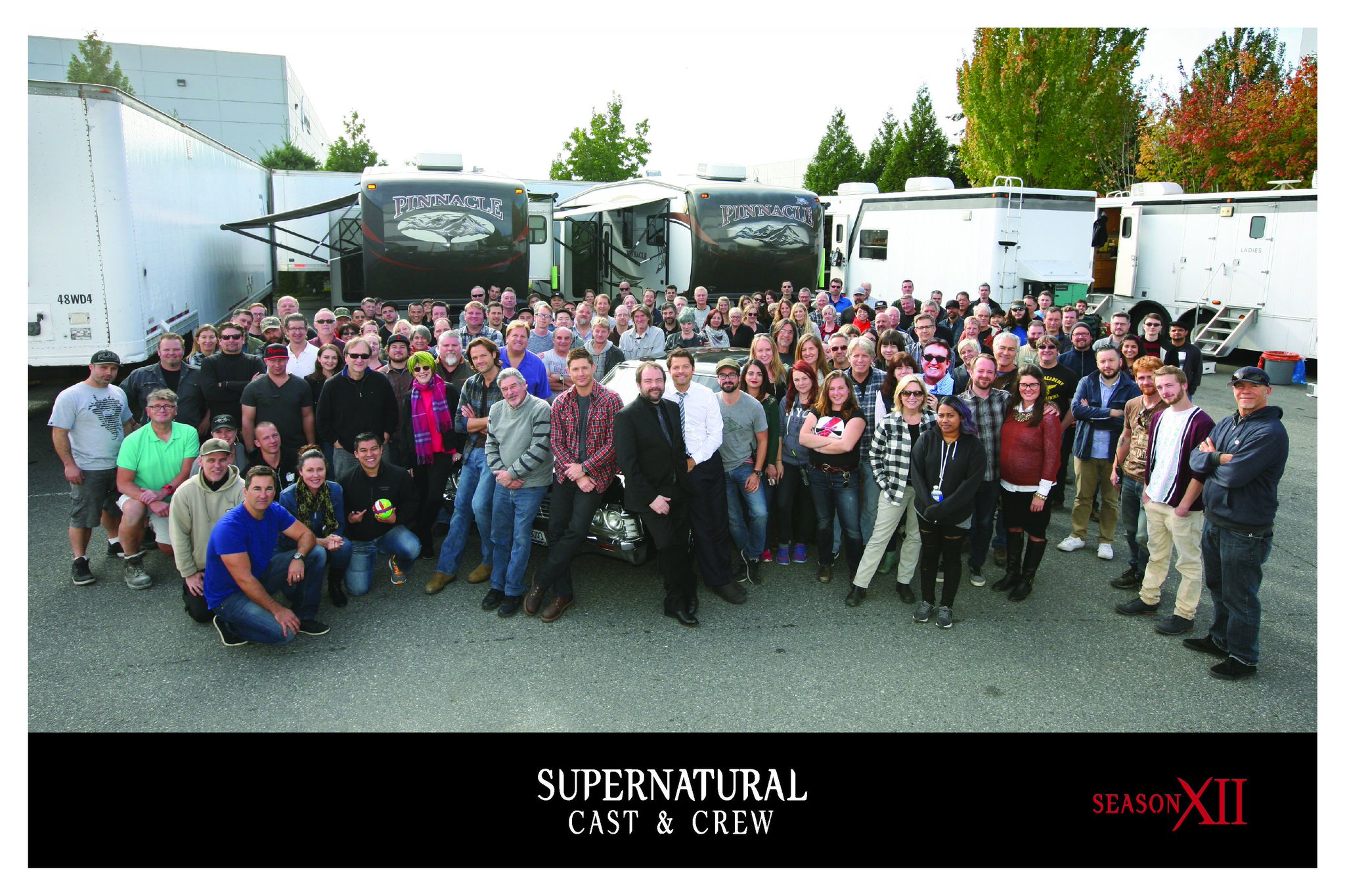 A photo posted by Entertainment Weekly (@entertainmentweekly) on Oct 29, 2016 at 2:54pm PDT

Forbes published the last part of The Lasting Appeal Of 'Supernatural' Part 3: Family Always Has Your Back.
Season 12 is getting great reviews

From Hypable Beyoncé, Banner, Babar: The ‘Supernatural’ celebrity aliases the boys never should have gotten away with.
Spoiler TV asks What is your favorite Supernatural title card? .
For those who supported SPNFanMovie, good news!

DVDs for the @SPNFanMovie will be shipping out in the next few weeks. Those fans who pre-ordered please make sure your address is correct. https://t.co/AhF5CfOplg

The DVD, Individual Episodes and the Digital Series & Feature will all be available very soon ---> https://t.co/IkBd8VSySU @KristinaZarco https://t.co/o4afxWVGMu

At rehearsals for the fan getaway next week at @Atlantisresort in the Bahamas! It's going to be amazing! pic.twitter.com/QFN7Tpqloh

Lindsey McKeon (Tessa, the Reaper) will be at EyeCon in Chicago.