If you're new around here, as part of the fun around this site, I run the weekly "Caption This" contest (see here for our extensive archives).

The rules are pretty simple: I pick a frame from a Supernatural episode, and then YOU pick some words to go with it. The words can be related to the scene or completely out of left field. Also I like to call everyone who participates a "captioneer."

Last time we reached 100 total captions, we held an editor's choice award with all the seriousness such an event deserved. Now that we've reached 200 captions (don't forget to check out our winners for the 200th contest), it seems right to do it again. Just like last time, theses categories are random and totally made up by me!


What's cuter than cute? Things that make you go "d'awwww." That's what this award describes. And the cutest moment we've ever had on these captions is this moment from the Supernatural Anime, episode 16. Captioneer: Laura. 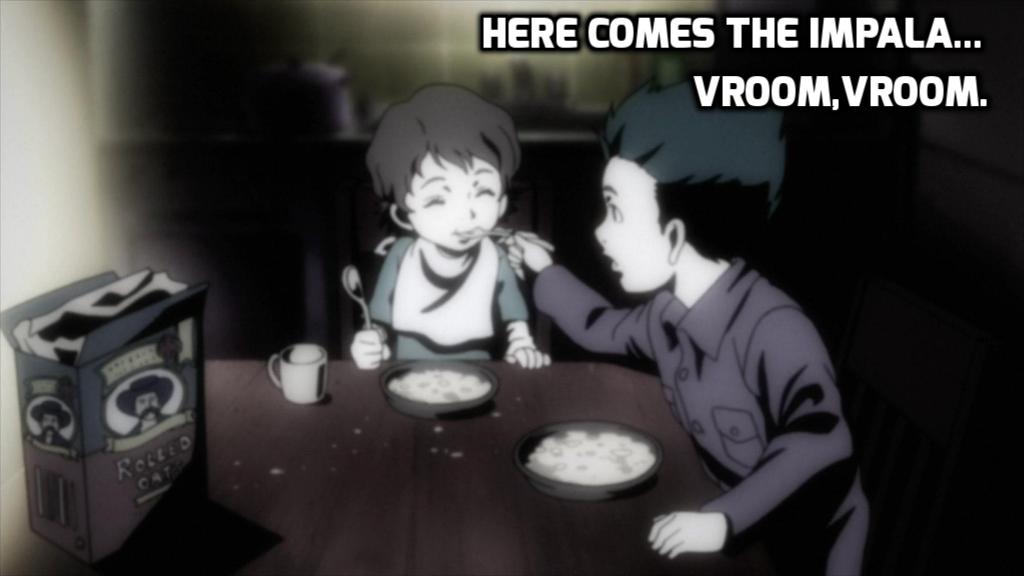 
Yeah, we know how the characters actually are in the show, but it's funnier to exaggerate them. And sometimes the captioneers... they joke about Dean being "the dumb one." The time this made me laugh the hardest, was from 14.17, "Game Night." Captioneer: AlyCat22 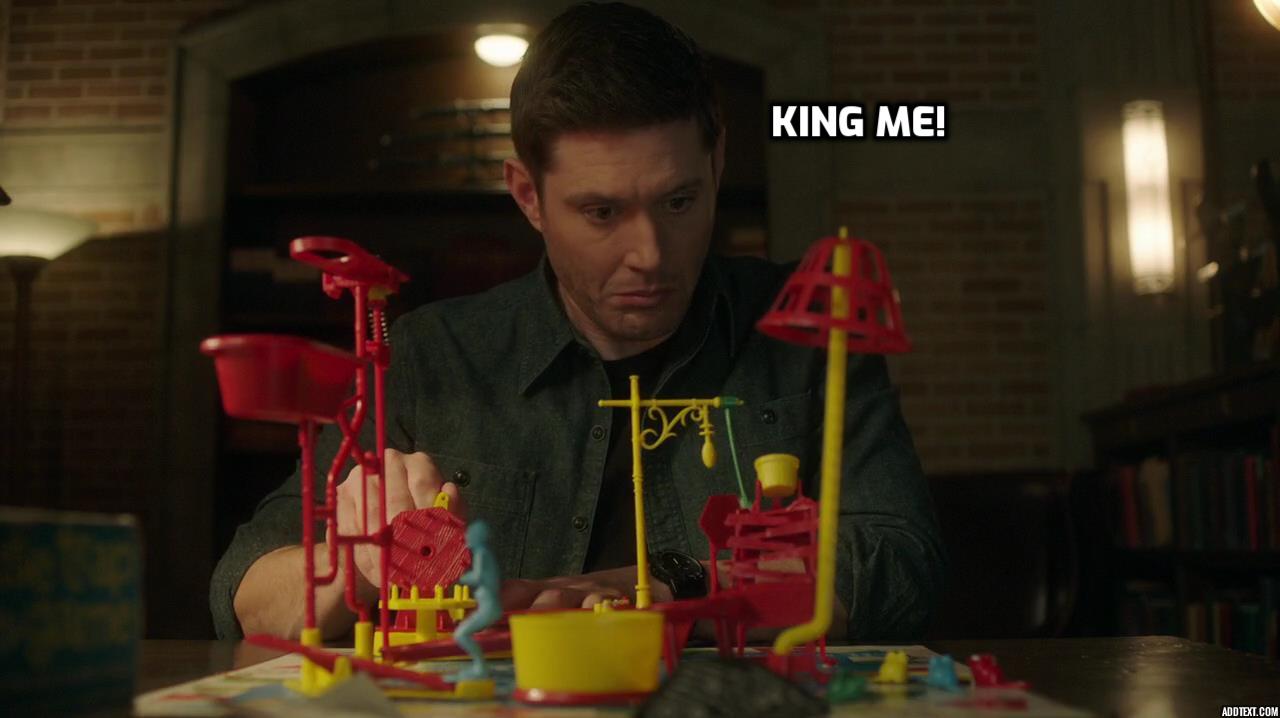 
The show can be tough on our angel boy, can't it? But we here at the WFB have his back, and every once in awhile, the captioneers will give him a win. Like this moment from episode 13.16 "Scoobynatural." Captioneer: bjxmas 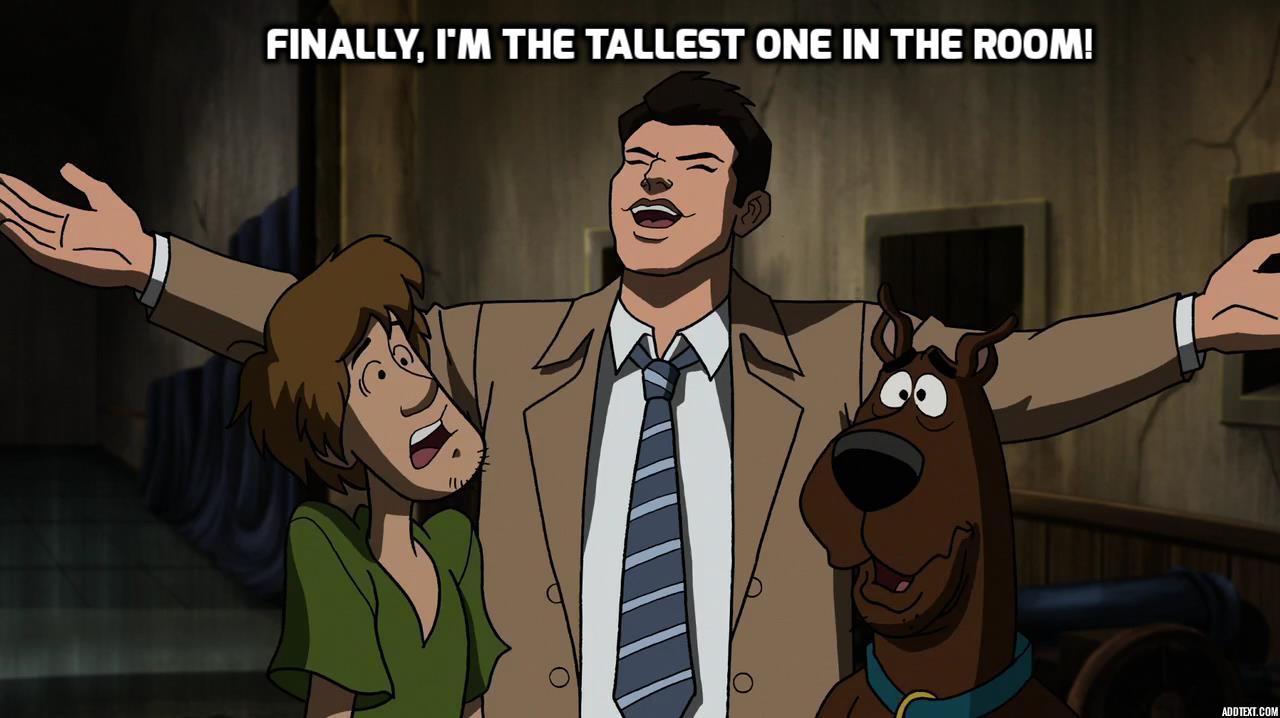 
At one point during this hundred run, we had a brief gag of characters appearing alongside each other (which has happened a lot in Supernatural). Of those, this incident involving Sam was not only the funniest, but brought up a good point about hygiene. From 6.22 - "The Man Who Knew too Much." Captioneer: White_Bat 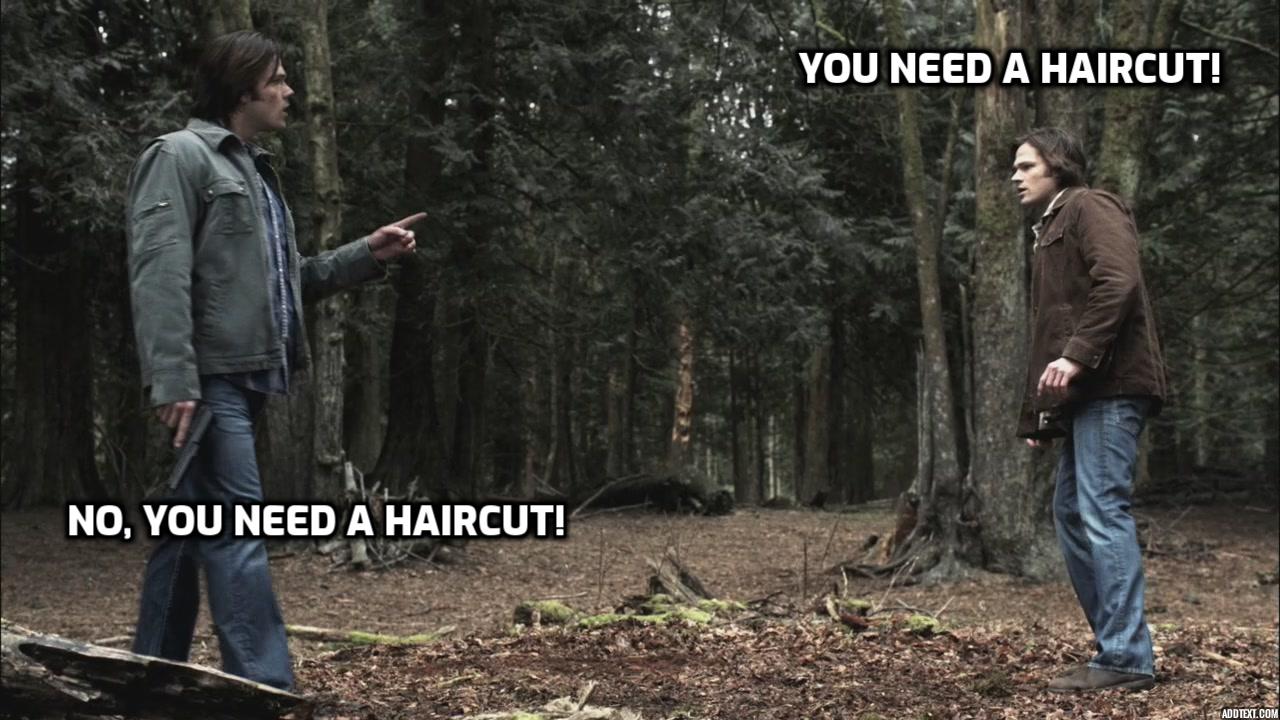 
There are many questions out there which we may never know the answers to. One of the purposes of fiction is to give voices to these dilemmas and bring out into the open these vexing quandaries that torment our subconscious. It's not all about laughs around here, we ask the deep questions too. Like this one from 5.21 - "Two Minutes to Midnight." Captioneer: White_Bat 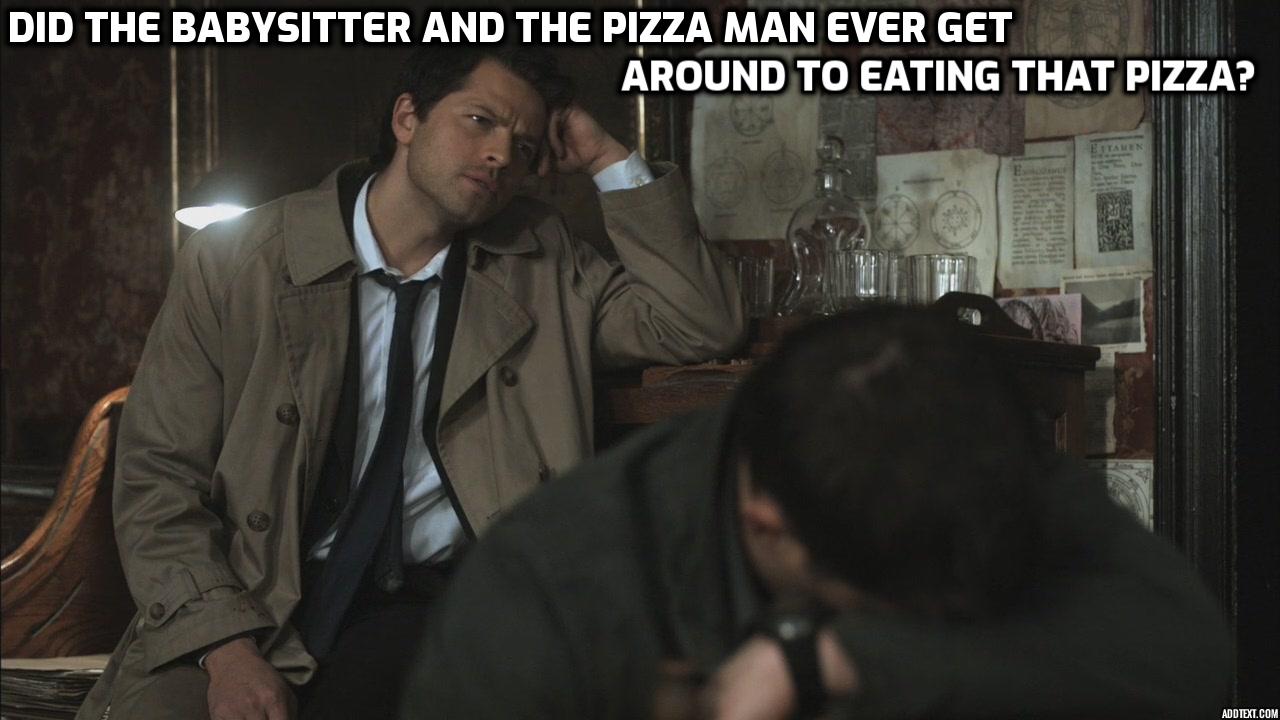 
One of the things Supernatural does well is managing tone. Going from dead serious episodes to gut-ripping hilarious ones. Then the captioneers come along and put silly words to dead serious scenes I've picked out. After working with at team of Sweden mathematicians, we have determined that the silliest caption, put to one of the most serious moments in the show, is this one here from 7.01 - "Meet the New Boss." Captioneer: Michelle Mahan. 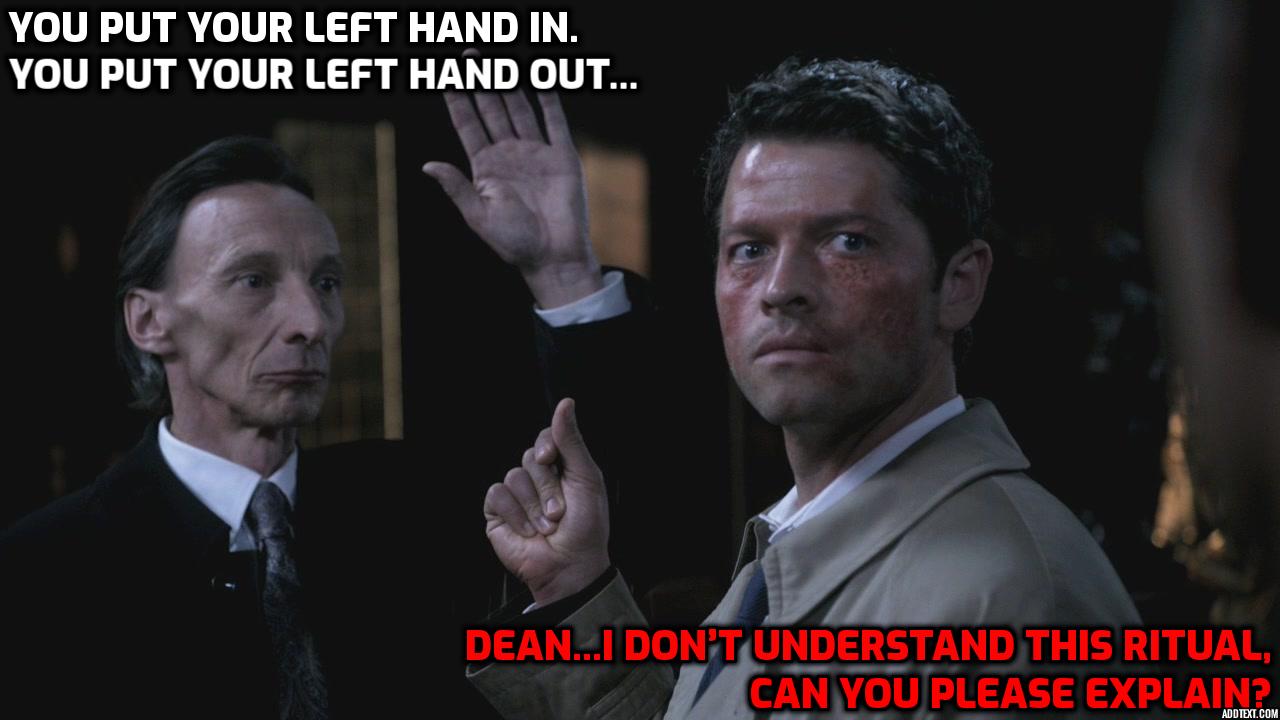 
Like the above, but instead of a serious moment, we laughed at a silly moment in the show. And boy they did not get much sillier than episode 13.23 "Let the Good Times Roll" Captioneer: Anna Genna 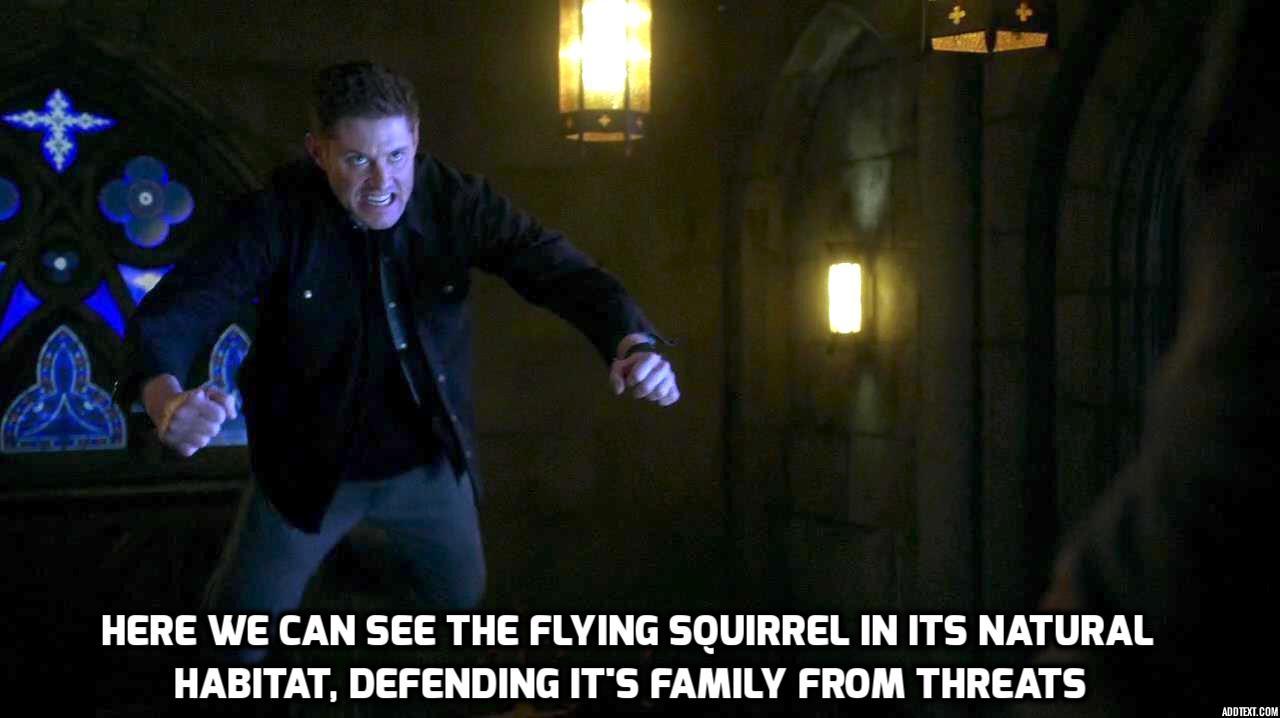 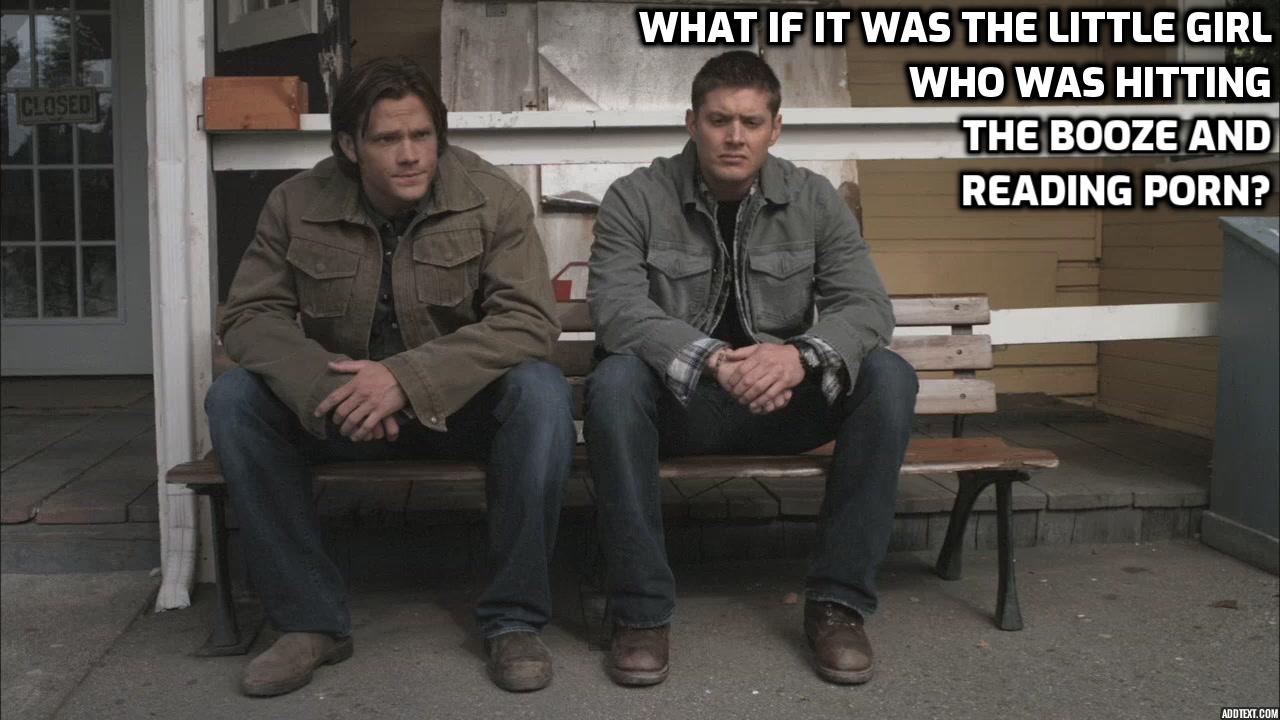 
Ok, there's one pick which will be consistent with both instances. There's always a few fart jokes to be made in these things. Actually several, if you go back and look in the archives. Still I prefer when the lowbrow humor takes a bit of thought to reach, as well as being weirdly heartwarming. So enjoy this fatherly moment from 14.16, "Don't go in the Woods." Captioneer: ShamalamaD 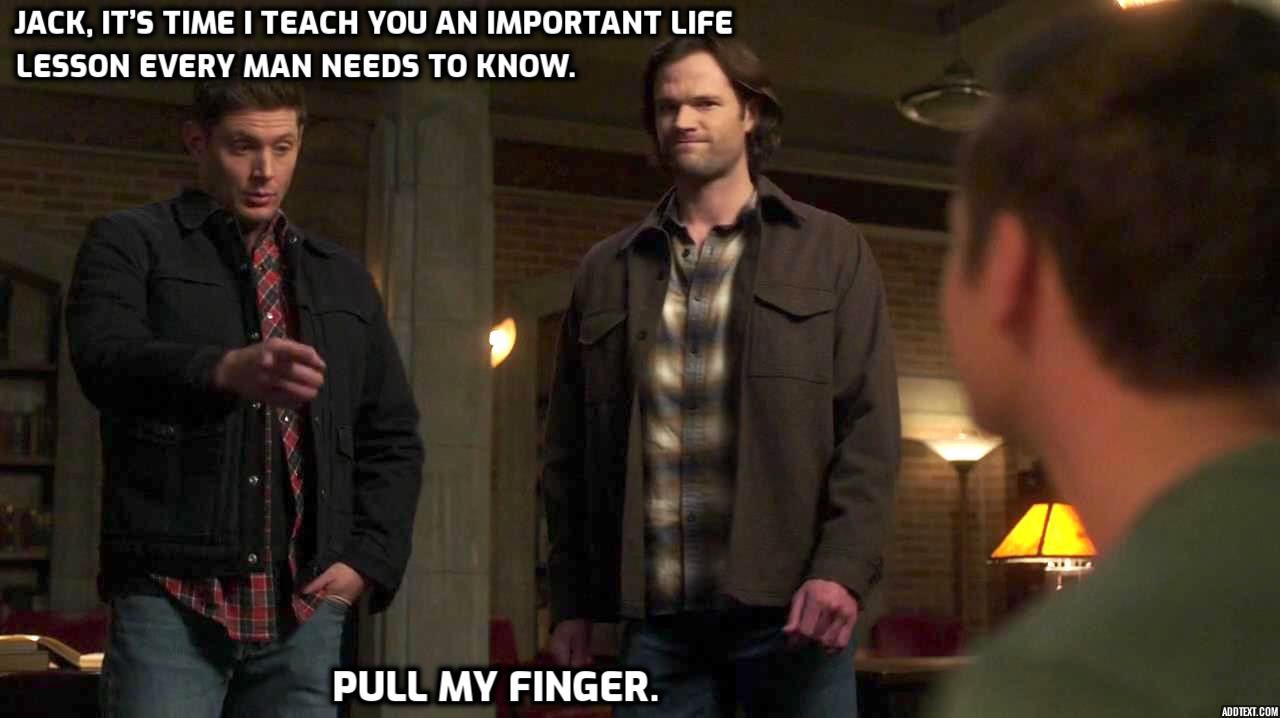 EDITOR'S CHOICE - PERSONAL CONGRATS TO YOU


Finally, a note from me, on how I'm grateful for all of you. This caption, goes out to all of you who have made me laugh so many times. To all the captioneers out there, I salute you!