Details
Written by percysowner
Category: The Lighter Side
Created: 20 September 2016 View Comments
On September 13, 2016, we celebrated the 11th anniversary of Supernatural with Supernatural Day!

Cast and crew, fans and media outlets all celebrated. Here are some of those tributes. 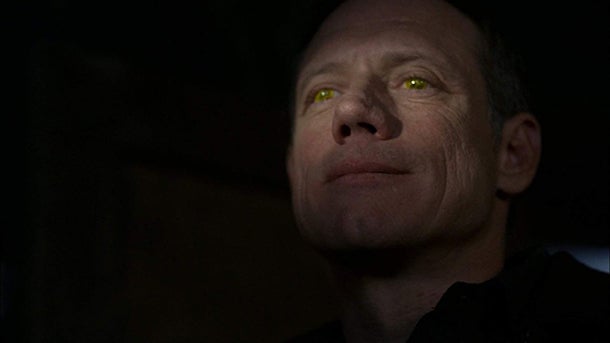 TV Guide picked Supernatural: The Best Music Moments From the Road So Far. TV Guide also shared this video, Inside the Impala. Can't leave Baby out of a Supernatural celebration!

From TVLine we got Supernatural Day: Celebrating the Best Episode From Each Season.

KSite looked back at the first article they ever wrote about Supernatural and linked to their Supernatural forum.


Nerds and Beyond did a think piece on Supernatural Day: Celebrating More Than Just a Television Show .

Even Olive Garden got into the spirit. (Thanks all-spnlivejournal for the tip.)


We pasta-fied some of our fav Supernatural quotes. Now it's your turn! #SupernaturalDay #SPNfamily pic.twitter.com/c6tKdhvvda


BuddyTV had the same idea See How Jared and Jensen Celebrated 'Supernatural' Day including this gift from the CW.

Supernatural The Crossroads did a tribute to Supernatural Day as well (note NSFW) - Thanks Wednesday for the heads up.


Jared and Jensen used the day to launch a new charity campaign. From Nerds and Beyond Jared Padalecki and Jensen Ackles Announce New Campaign – Family Always Has Your Back!.


The campaign can be found here.

Hit 'Next' to see Tweets from the Cast and Crew.

Both current and former members of the Cast and Crew tweeted in support of our show.


12 years ago, a dangerous cult based on demonology, witchcraft, classic cars was formed. Celebrate #SupernaturalDay! pic.twitter.com/ayLU11siCG


Eight seasons of joy. My dream job. My dream cast & crew. My friends. My #SPNFamily. My life. Happy #SupernaturalDay pic.twitter.com/zBKnr3xHeZ


I love you #SPNFamily - you changed my life. Thank you from the bottom of my heart ❤️ and #BabysBooti ❤e pic.twitter.com/o1tlNfNNsf


4 ever grateful 2 #Supernatural. So proud 2 b part of this family. Happy #SupernaturalDay And may Chuck be with you pic.twitter.com/QCfrNnR6jg


Happy #SupernaturalDay! On this day those many years ago, like most days, I was thinking, "God, I hope @therealKripke doesn't fire me."

From the big Kahuna himself


How'd I feel 11 yrs ago? Like a nervous parent. Just wanted people to watch. Glad you did, #SPNFamily. THANK YOU! Happy #SupernaturalDay.


Finally, from the Hillywood girls


Thanks to the cast, crew, writers and fans who made this day possible! I'm looking forward to many more Supernatural Days in the future. What did you think of it? Please add any tributes to Supernatural Day that I may have missed!