View Comments
Supernatural in the news this week.
Catching Up with Current and Former Cast Members
Interviews
Inside Out interviewed Kansas

Hear about the recent evolution of KANSAS in this interview clip in advance of our upcoming album "The Absence of Presence" out June 26.https://t.co/psn8i9a5PG

gonna need @kathrynnewton to please tweet with us every week. star of the summer forever #R29MovieClub https://t.co/jYQN1j6aBA

Great new @dicksp8jr interview with Geek Vibes Nation here.https://t.co/PDNtdZX5mb
Covers @drivenmovie, the future of Supernatural cons and a woodsman beard update ?
Thanks to @Flutterbee72 for the headsup. pic.twitter.com/HyN3l5PdZ7


Space Rocks talked with Tahmoh Penikett about Being Human
A.J. Buckley (Ed Zeddmore) was interviewed by the Eddie Matta Show
Misha Collins took part in Episode 4 of Man Enough : Fatherhood. Thanks to SpnUk for the heads up.
Felicia Day (Charlie Bradbury) was interviewed by Before the Shadows.
Misha Collins, Jensen Ackles, and Danneel Ackles took part in a GISH presentation on Racial Inequality and Injustice
Other Projects
We have a trailer for Kendrick Sampson's (Max Banes) new film Miss Juneteeth.

You can now pre-order your copy of Driven through iTunes! The more pre-orders we get the better the odds we'll end up on their "New and Noteworthy" section. Please feel free to share with your friends!


If you love Jake Abel (Adam/Michael) and Twilight, you are in for a treat.

THE BIG SECRET NEWS: Mine will be the voice that tenderly, and sometimes sensually, reads to you Stephenie Meyer’s new “Midnight Sun”! It revisits the first book of Twilight BUT told through Edward’s perspective. I’m getting hot and bothered just thinking about it... ?‍♂️


How Long Will 'Friday Night In With the Morgans' Last? Jeffrey Dean Morgan (John Winchester) & Hilarie Burton Weigh In

You raised over HALF A MILLION meals for kids impacted by #COVID-related hardship! We’re astounded and so grateful to you all.

Thank you, Gishers — & get ready for an exciting weekend! pic.twitter.com/Y4g7k1hNSQ


Felicia Day (Charlie Bradbury) posted part 2 of The Guild Plays D&D for No Kid Hungry. Play will continue on Twitch on Sunday Nights at 7:00 PST through June 7.
Kurt Fuller (Zachariah) and the cast of Evil got together to support Front Line Foods Reunited with my @Evil fam to support @frontlinefoods ❤️ We sponsored meals for 3 hard-hit #NYC hospitals with food from locally owned restaurants. Join us in donating ➡️ https://t.co/9FgVs7qS67 ...And #CastItOn!

My dad Robert & me in London in 1973. I loved him. He loved his wife, my sister, Elaine and me. He adored my daughter Lily. He died yesterday of Covid-19, aged 92. He introduced me to Sherlock Holmes. Years later, I introduced him to Patrick O'Brian. So we're even.?RIP pic.twitter.com/sUWIE3YOY0

Congratulations to @colinfordactor on his nomination for Best Actor for ‘Cactus Boy’??? Never before have I met an actor who could make the whole cast and crew cry on set, so well deserved ??? #ColinFord #CactusBoy #ShortFilm https://t.co/a3LMHj8Jp4

Need help scheduling your narcotic intake? You’re in luck. @RobBenedict and I are here to help. #AMGIRShttps://t.co/DCH6PFQQk5


Sera Gamble will be talking about 'Being Good in a Room' in Coverfly's 'Strategies for Screen Writers' upcoming event.

@serathegamble joins us in our #CoverflyCareerLab for a discussion on how to be "Good in a Room"
⁠
Learn about what it’s like to be in a great meeting, how to prep, how to present yourself & identifying red flags.
⁠
Join us on June 6th: https://t.co/5Wi3ON4DfY
⁠#screenwriter pic.twitter.com/ypJJJKY87d 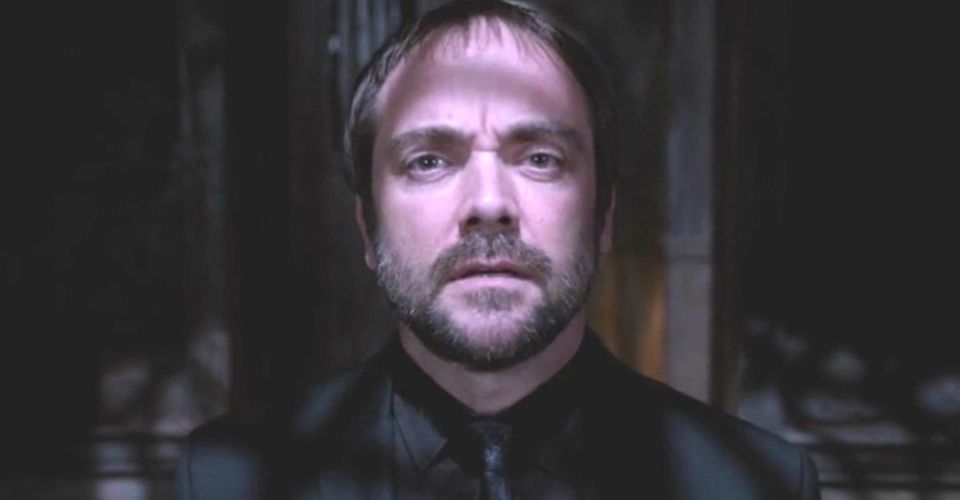 So I crunched all the data into an algorithm in my pants and came up with.... https://t.co/yTgdgIqNkV


Chris Schmelke will be having a Virtual Con o June 6 information here.


Want to see more previous news? Checkout all my articles here.
Previous spoilers are on the Spoiler Page.
back to top
JComments