View Comments
Supernatural in the news this week.
Catching Up with Current and Former Cast Members
Interviews
The Mandalorian's Emily Swallow (Amara/The Darkness) on the Armorer's secrets and the Baby Yoda puppet
'SEAL Team': Emily Swallow on Natalie 'Rocking the Boat' & Jason's Surgery

Felicia Day (Charlie Bradbury) was interviewed by Not Too Deep
Other Projects
Congratulations to Richard Speight, Jr. (Gabriel/Loki) on the success of his new album.

Dick Jr. & The Volunteers made it all the way up to number five on iTunes country chart yesterday. Holy smokes, that is something else. Cheers! ? https://t.co/V653o7bxwu @jasonmanns @Billy_Moran @r0bhumphreys… https://t.co/Ju62z1ROFO

For those inquiring about physical CDs for @dicksp8jr they are available here: https://t.co/VrtCNlNEHc
The rest of the merch will be available online soon! (maybe by cyber monday...?) And so it begins..... Very excited to work with this cast and crew. ?. @sabrinanetflix


Adam Rose's Merry Happy Whatever is now streaming on Netflix.

I’m still entirely flabbergasted by this but I’m beyond honored to be accepting the Loreen Arbus Changemaker of the Year award at #NYWIFTMuse this year. ? https://t.co/OdQxdt7m0f


Show Tidbits
Emily Swallow on Why 'Supernatural' May Not Be Done With Amara Yet (Speculation, not spoilers)

Mark Sheppard On The Secret To Supernatural’s Success Supernatural: 10 Actors You Forgot Were on the Show
Conventions, Cast Appearances and Fandom
Fan-favorite celebrities sing hearts out at Rockwood Music Festival 2019 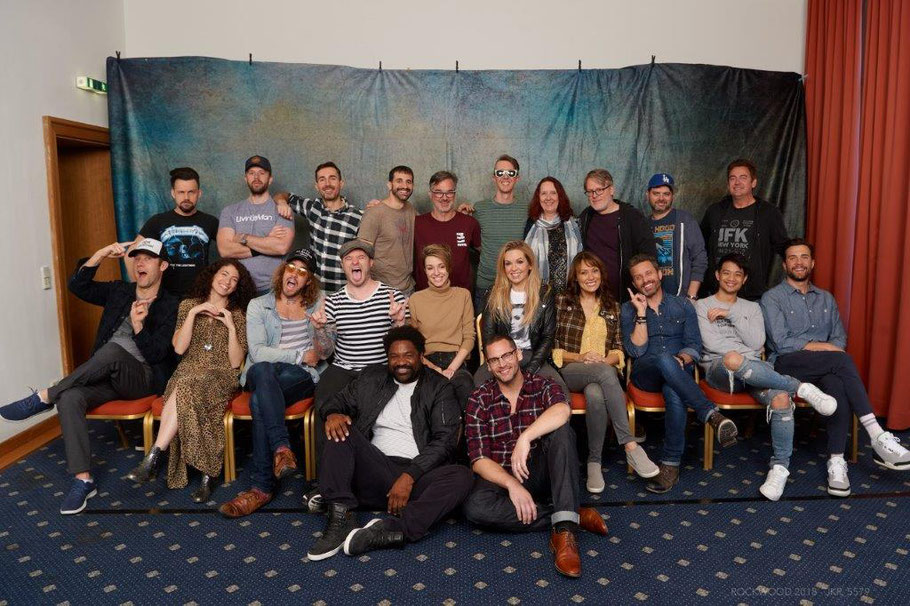 #EmilySwallow will be a guest at the March 20-22, 2020 #CollectiveCon in #Jacksonville #Florida.

Known for her roles on #Supernatural, #Castlevania, & most recently the hit #DisneyPlus series #TheMandalorian. Don't miss out!

So this is happening. Feb 22 in Nashville and Feb 23 in Huntsville. pic.twitter.com/A2icTidcWf

Join us May 14-18 at the Hard Rock Hotel Resort in Cancun, Mexico! Booking info & details at https://t.co/ZFUubwjsdp pic.twitter.com/JQwVfXpmPt


Want to see more previous news? Checkout all my articles here.
Previous spoilers are on the Spoiler Page.
back to top