View Comments
Page 1 of 2
Supernatural in the news this week.
Catching Up with Current and Former Cast Members
Interviews
ET released an old interview of Jared Padalecki and Jensen Ackles 'Supernatural' Flashback: Watch Jared Padalecki and Jensen Ackles' First ET Interview Together!
The 'Supernatural' Guys on Being 'Humbled & Grateful' for the SPN Family
The Final Season: Misha Collins Reveals His Favorite Supernatural Behind-the-Scenes Memory
Tim Omundson (Cain) has been giving interviews about his return to acting and his stroke.

She was also interviewed by the Happier in Hollywood podcast.
And by Tom Lenk at his Trashcast.
Supernatural Alum Colin Ford Sweetly Thanks Jared Padalecki for Letting Him Play Young Sam

Other Projects
Vancouver fans will be able to see Osric Chau's film Empty By Design.

Hey Vancouver Fam! So proud to share that I’m able to do a hometown screening of @EmptybyDesign as the centrepiece film at @VAFFvancouver!
November 9th, 2019
My team and I would love to see you there so please get your tickets at https://t.co/U9QKOqFFfA before they sell out! ❤️? pic.twitter.com/Xd1zw6vaHk 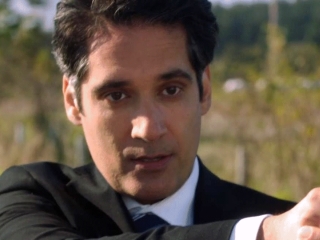 In addition to his role on This Is Us. Tim Omundson has also returned to American Housewife You can watch the episode at ABC.com.

The #supernatural crew were getting all wet “Running The Gauntlet” today to raise money for the Vancouver Food Bank. Even Coach Ackles came out to rally the troupes. #ReelThanks19 @VanFoodBank #spnfamily #icg669 ?@jwmanzano @creasser
To help donate -> https://t.co/dRhWAcVVLE pic.twitter.com/V5xEUpeiEr

Heads up, based on feedback around my book, I’m so excited to debut the #EmbraceYourWeird collection. It’s filled with tangible offerings that tie into my book & benefit @NAMICommunicate. Because mental health support is IMPORTANT. CHECK IT OUT, Weirdos! https://t.co/e62E0VFahO pic.twitter.com/GXPnBHsp7u

VERY excited to announce my next celebrity collaboration ... with the fabulous @bigEswallz! $15 from each of these "FAMILY FIRST" necklaces will be donated to @Surfrider. Family does come first, whether they be found family or blood! #SPNFamily https://t.co/jXnh2QVMzM pic.twitter.com/VtHpbMkr0v

The Surfrider Foundation is dedicated to the protection and enjoyment of the world's ocean, waves and beaches through a powerful activist network.

Miscellaneous
The National Speech and Debate Society posted ths video of a VERY young Jared Padalecki. Thanks to Big, Beautiful and Dumb for the heads up.
Congratulations Richard Speight, Jr.

Congratulations to @dicksp8jr for winning BEST ACTOR (graveyard shift comp) at the @nashfilmfest !!! Whether you’re on-screen or warming up in a gas station you always sparkle. #goteamturdspoon pic.twitter.com/x9ZAoRgYVF


Tim Omundson's scene in this week's This is Us made Buzzfeed's Here Are 31 Of The Most Unforgettable TV Moments From This Week
Jensen Ackles Named Grand Marshall for Hollywood Casino 400
Osric Chau is one of The six Canadian producers selected to participate in the Power Pitch for the Whistler Film Festival. 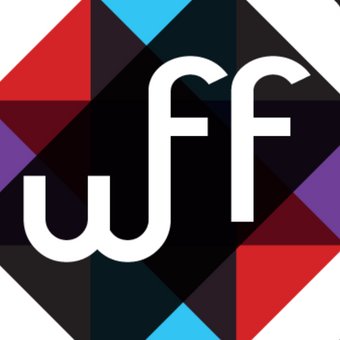