Actress Hayley Sales on set of “Supernatural”. Photo credit to Hayley
Jim Beaver (Bobby Singer) was profiled in The Wyoming Actor Who’s Been In Absolutely Everything

We were finally able to schedule a Tupelo Screening of Driven! This will be our big shindig with the town that was so vital to Driven becoming a reality. See the movie, use our photo station, meet the team, drive the streets from the film. @Citizen_Case @dicksp8jr #SPNFamily https://t.co/cBCM8NIBo6

HAPPY HOLIDAYS! TREASURY CH3 OUT NOW! With a New Colonel Tick-Tock by @carlacackowski and a New Beyond Belief by @jennydelherpes

TODAY! BINGE ALL 10 EPISODES of The Angel of Vine for FREE EXCLUSIVELY at https://t.co/pUi28HwOoH with promo code: ANGEL pic.twitter.com/m0mLPqLXpG

Louden Swain’s ‘Splitting the Seams’ Lands at #36 on Louder Sound’s Top Albums of 2018!

Adam doesn't mention that Allyce Beasley (Agnes DiPesto) and I are also on this show, playing his parents, and that this is a perfect chance for you to check out how much we've aged since #Moonlighting. It's pretty shocking, actually. https://t.co/N9mA6yw2yi We know him as Death, but now Julian Richings is portraying Old Man Winter in Rock-it-promotions AOR for Winter to provide Winter Survival Kits for someone inneed.
Watch Felicia Day Caroling for Charity.
Miscellaneous
From  Socialite Life
Jim Beaver (Bobby Singer) and David Hayden-Jones (Ketch) are both up for a Canadagraph Award for Best Recurring Actor


Catching Up With Current and Former BTS Personnel
Best Wishes to Clif Kosterman!

Eric Kripke was interviewed this week.
Eric Kripke shares insight on ‘House With a Clock in Its Walls,’ ‘Supernatural,’ ‘Timeless’
‘Supernatural’ and ‘Timeless’ creator Eric Kripke details the real-life inspirations behind his fantasy series

Writer Robbie Thompson (@rthompson1138) talks about how his family of Skrulls, AKA the Warners, are planning to take over Earth in "Meet the Skrulls," arriving March 2019: https://t.co/Gk2yJBxiil

Show Tidbits
From Bleeding Cool Supernatural Season 14: Looking Back on Our “Lucky 13” Episodes
"Mint Condition" and "ScoobyNatural" made Fansided 30 best TV episodes of 2018
Supernatural: The 20 Weirdest Things About The Winchester Family That Everyone Ignores
Supernatural is among the 21 TV Series That Should Have Called It Quits!
Charlie and Gabriel returning made Entertainment Weekly's list of The 30 most shocking TV moments of 2018
See What season of Supernatural Entertainment Weekly thought was the best in  The best seasons of 'Game of Thrones', 'Buffy', and 68 more shows

Random trivia of the day: on #Supernatural, instead of writing"THE END" @therealKripke would end every script with these words. Made for a fun read and CLEARLY had a magical effect on the longevity of that show, so I still do it, on every #TheMagicians and #YouNetflix script. pic.twitter.com/teW6hpVKbx

Conventions, Cast Appearances and Fandom
You can now see a documentary on our fandom!

Nerds and Beyond took a look at Fandom Photographer Spotlight: Taylor from Light & Grace Media 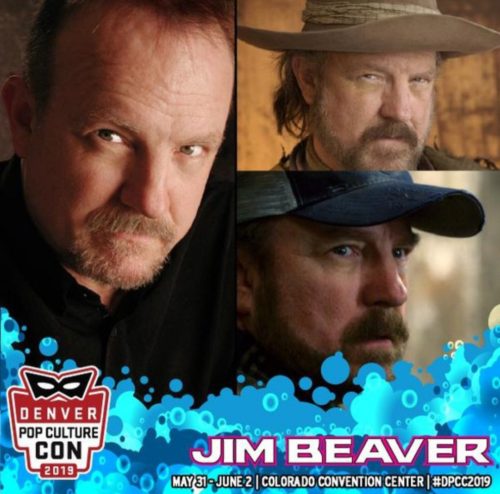 Tickets for the last venue to be added to the @jasonmanns and @PaulCarella UK tour in February have just gone on sale. They’ll be playing The Jericho Tavern in #Oxford on Feb 21st. Get yours now.... https://t.co/a6S0BXx1Jh

Ever seen @rickspringfield live? How about with a full orchestra? Tickets just went on sale for Rick's upcoming Atlanta performance on June 27 with the @AtlantaSymphony! Tickets: https://t.co/l7rMh12MMP pic.twitter.com/eDKNDkm460

ON SALE NOW -- @RickSpringfield- Stripped Down: an intimate solo performance of music & storytelling on January 27th! Get tickets now.