There are super fans, and then there’s Gabe. pic.twitter.com/Tsz2D0eS8a

AAAAAAAGH! I hate keeping secrets! I've been working on this for the past few months and now I can finally reveal how much I've been trying to focus on my scenes and not fangirl the day away... #TheMandalorian https://t.co/1FhaqCMRgb

Annnnd we have an official release date for @jasonmanns and @JustinGuarini's A Change is Going To Come! January 18th!!

It's so friggin good you guys.

The wait is over! Help us spread the word by sharing, liking, and tagging your friends. You guys are wonderful and we hope you enjoy. #turdspoonforever pic.twitter.com/SyeX2dZwBz

The transcript for episode 7 of The Wayward Podcast is available.

Misha Collins is in a new podcast

The second round of voting will run through Dec 21 at 7am EST/ 10am PST. You can vote on any device and often can vote multiple times!  Vote here.

Check out the highlights from this year's Giving Back Tour

“I’m proud of the kindness, generosity, charity, love & community that has come out of this weird show” -@TheRealKripke Today we look back at the #GivingBackTour, and celebrate all the good you have done! https://t.co/XtFSYZ0WHb

Help @GabrielTigerman AND Skype with a fan? I’m in! (And still owe two for Matt’s movie. I may procrastinate, but I don’t forget.?) https://t.co/HcQn2waTVT

Hey all! My friend @katemicucci and I will be doing caroling for charity from the @funnyordie stages to raise money for the Fire victims in CA! Come join us next Tuesday night to sign holiday songs and do good with me and my friends! https://t.co/fsgHbMGvVj pic.twitter.com/NrAzZS4vNN

#Repost @familybusinessbeerco ・・・ Family Business Beer Company is proud to partner with @sierranevada to present Resilience Butte County Proud IPA! All proceeds to benefit the victims of the Camp Fire wildfire in California. Find it on draft, in our taproom starting December 20th! #familybusinessbeerco #campfire #sierranevada

I can’t help falling in love with you... YES! It’s official! #MrsRodgers I love you my husband.

See How the 'Supernatural' Cast Has Changed Since Their First Seasons Kendrick Sampson (Max Banes) is one of The 12 Baes Of Christmas: Behold, The Sexiest Brothers Of 2018!

Shoshannah Stern is one of ETonline's 17 TV Scene Stealers of 2018
Her series This Close made Emily Nussbaum's My Not-Top-Ten Television List: The Best TV Shows of 2018

CS Interview: Supernatural’s Eric Kripke on House With a Clock in its Walls Season 2 of #SACREDLIES is coming to #FacebookWatch! Thanks to everyone who watched Season 1 ? https://t.co/UAXJ0L7Cmg

Sera Gamble's show You is moving

Both of Sera's shows, The Magicians and You made best of lists for 2018.
The Magicians episode "A Life In The Day" was honored by Decider, Indiewire  and Rolling Stone,

You was picked by TVLine, The Atlantic, and Entertainment Weekly.
Congratulations Sera on an outstanding year!
Show Tidbits
Supernatural has 2 entries in 12 Character Exits That Hurt CW Shows (And 8 That Need To Go)
Supernatural is included in TV Long View: It's a Golden Age for Very Long-Running Series
Supernatural creature of the week: Archangel Michael 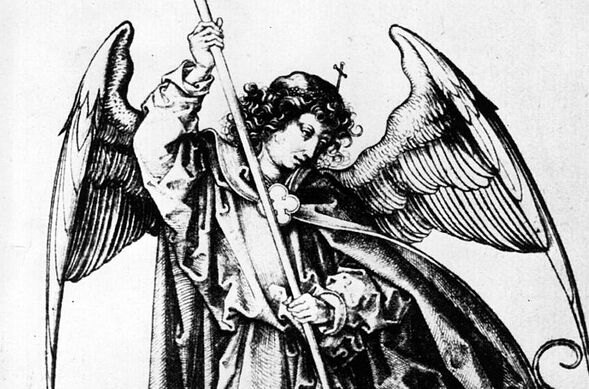 This June, we are reuniting The British Men of Letters! Join @DavidHaydnJones @adamfergus and @Lizzie_A_Bee at our second event for fans of Supernatural, Cross Roads 2, at the Hilton Hotel Birmingham from 21 to 23 June.https://t.co/AQvyIeXuIN #SupernaturaI #SPNFamily #spnuk pic.twitter.com/MFqsLVuE3X

These shows on sale tomorrow!
Ticket info at https://t.co/YR9x6dnQfD or with the free tour date tracker app @bandsintown pic.twitter.com/wnYYyzT2Uf