Other Projects
The new season of MST3K, with Felicia Day (Charlie Bradbury) is now available on Netflix

Kathryn Newton's new film Ben is Back will be in select theaters on December 7, 2018

Belated congrats to our cast and crew on winning Best Canadian Feature at the @edmfilmfest. Rabbit premieres on @SuperChannel on December 21st at 8PM. Please support independent film by subscribing to Super Channel and watching our film and all the other great movies and shows. pic.twitter.com/FmAy3E4d8H 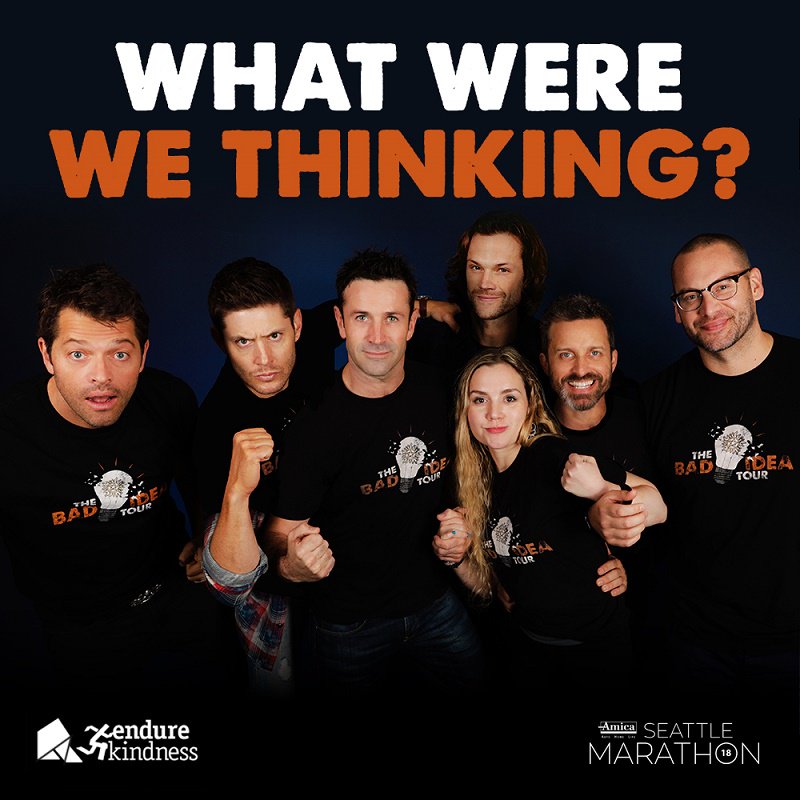 ‘The Bad Idea Tour’: How You Can Help
Miscellaneous
‘Supernatural’ Star Jared Padalecki featured in ‘I Chose Life: Stories of Suicide and Survival’
Ty Olsson will be coming to Facebook Live

Oh gosh me and my show got nominated for an @audioverseawrds which is so kind? Fear of putting your thing into the universe can sometimes be paralyzing, but do it anyway my friends. Thank you for supporting this show and check out the other wonderful finalists! ❤️? https://t.co/xZFL3GJd62

Get ready for season 4 of Sera Gamble's show The Magicians

Season 4 of #TheMagicians premieres on January 23rd on #Syfy pic.twitter.com/MM1cWTouQp

He is Ezekiel in Supernatural, Paul Ballard in Dollhouse, Halo in Battlestar Galactica, and he has also been in Altered Carbon and Continuum.@TahmohPenikett will be joining us at Cross Roads 2 next June. pic.twitter.com/jlpqfPpePR