View Comments
Page 1 of 2
Supernatural in the news this week.
Catching Up With Current and Former Cast Members
Interviews
10 Things You Never Knew About 'Supernatural'—Straight from Alexander Calvert Big Little Lies star Kathryn Newton (Claire Novak): "Reese and Nicole are paving the way for girls like me to be protected in Hollywood"

Rick Springfield (Lucifer/Vince Vincente): From “Jessie’s Girl” to “God, the devil and sex” 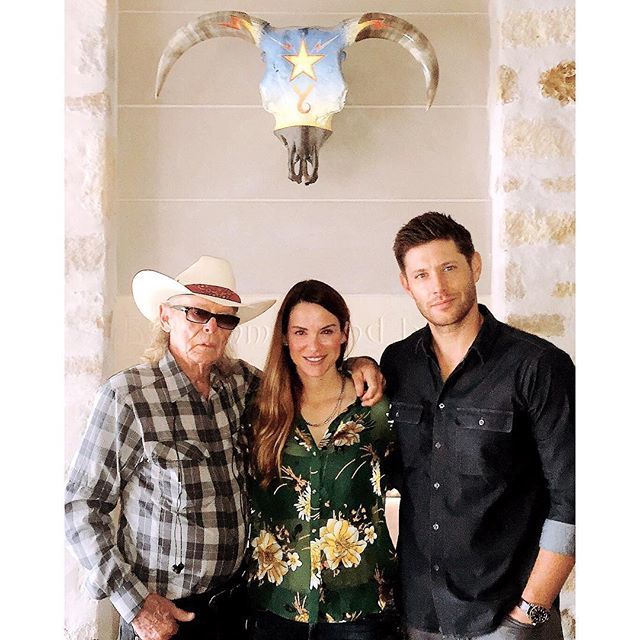 Other Projects
Jim Beaver (Bobby Singer) is a busy guy who is involved in multiple projects.

I’m in this movie. So looking forward to seeing it! https://t.co/Ec7wCdfcLm

Blood, sweat, and tears went into making this project. Proud of everyone involved. If you're in the area please join us WED 3/14 at @MiamiFilmFest for our Florida Premiere. all info here: https://t.co/wAXBH5onEe

Briana Buckmaster (Donna Hanscum) is in a play.

So excited to announce that I have the honour of appearing with these iconic actors in The Humans. This play was one of the greatest pieces of theatre I have ever seen on Broadway. What a dream come true.
Catch Stephen Karam's Tony Award–winner starting March 22 @theartsclub pic.twitter.com/AnSj9khQjF

Feeling proud and full of love. I co-produced this short launch video for @beseofficial @zoesaldana ‘s new media company, dedicated to giving voice to the people of this nation. It turned out beautiful.
Watch closely and catch @superkinsei and I rubbing noses. ? https://t.co/mEXNRPlQUh The @bhammission in Bellingham, WA let me & @RandomActsOrg volunteers do a little bit of light construction recently. (I make really weird faces when I'm holding a drill.)

PS: Thanks to the folks at https://t.co/atzVheFTNE for creating this great video! pic.twitter.com/rSwgUjs5sQ

Miscellaneous
Congratulations to Jeffrey Dean Morgan (John Winchester) and Hilarie Burton [as they] Welcome Baby No. 2

Hey y’all... baby gal morgan is spectacular. We just respecting her wishes for laying low a bit longer. But we super appreciate all the well wishes n stuff. Thank you. Xojdhilgusandbabygal