WAMC interviewed Curtis Armstrong (Metatron) The Singular Adventures Of The Man Who Would Be Booger.

Kur Fuller (Zacariah) was included in a podcast from The Projection Booth on the film The Running Man. The Interview Starts at  1:43:00 (103 minutes) Jeffrey Dean Morgan (John Winchester) and Lauren Cohan (Bela Talbot) were interviewed with other cast members of The Walking Dead.

Cast Of The Walking Dead Talk How The Series Changed Their Lives
The actors will also be taking their characters to Robot Chicken 'Walking Dead' Cast Members to Voice Their Characters in October 'Robot Chicken' Special
Jeffrey also made other news this week
Mashable tells us 'Walking Dead' stars Norman Reedus and Jeffrey Dean Morgan took a bromantic motorcycle trip together
PopSugar reports Our Hearts Can't Handle the Story Behind Jeffrey Dean Morgan's Tattoo
Rob Benedict was interviewed about his movie Five Minutes. 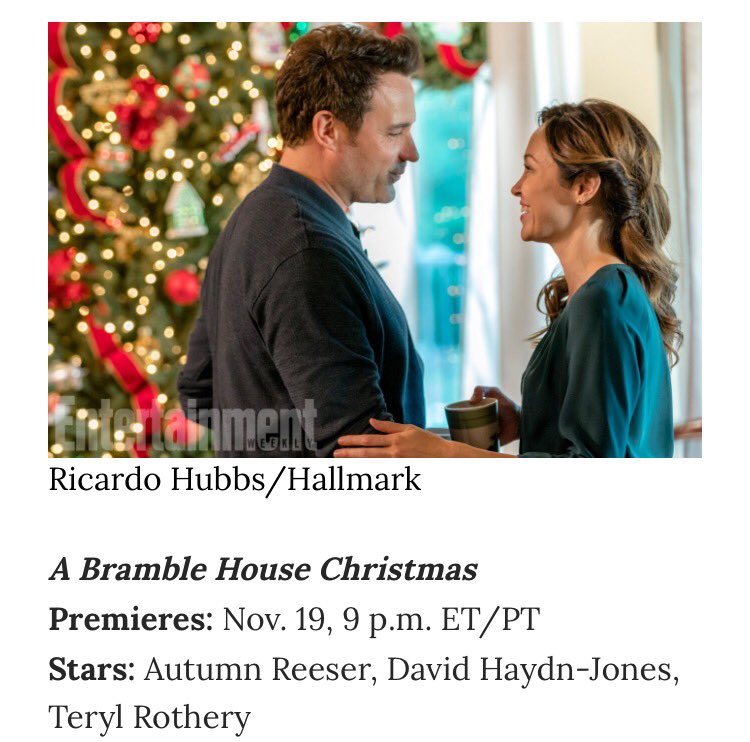 Fans Continue to Rally Behind “Kings of Con”
Felicia Day (Charlie Bradbury) will be doing voice over work in Skylander's Academy.

So excited to voice the newest @Skylanders character Cynder on Season 2 of #SkylandersAcademy! Premieres October 6 on @Netflix! #dragonpower pic.twitter.com/WnzspBbAZN

The universe has spoken: #AndiMack is coming back! Andi & the gang return in a one-hour season two premiere on Friday, 10/27 at 8pm ET. pic.twitter.com/bzKjWWhVrq

Lauren Tom also has a request for fans

Theo Devaney (Gavin McLeod) shot the trailer for his upcoming project Hammer House of Horror - Live : The Soulless Ones. More about the production in Hammer, the iconic ‘House of Horror’, opens its doors this October with an all-new live show.
Miscellaneous
Kendrick Sampson (Max Banes) wrote an essay on Courage for The Giving Keys.


Catching Up With Current and Former Crew Members
Fangasm goes Behind the Scenes of Supernatural with Robbie Thompson
You can meet Robbie at New York Comic Con.

Super excited to head back to @NY_Comic_Con next month! I'll be in Artist Alley L-26 with delightful @StockmanNate. Hope to see y'all there! pic.twitter.com/VI1R4yg1h9

.@rthompson1138 #NYCC2017 appearing all days. Artist Alley every day, & on the Marvel Spider-Man & His Amazing Friends panel 10/6 at 2:45pm. pic.twitter.com/UcZCCKZanQ

Stop by our Digital Comics Shop and get these FREE #MarvelLegacy primer pages: https://t.co/Vb2IHX8HRE pic.twitter.com/9i8IiKOBUM

Eric Kripke will be penning a new series when Seth Rogen Bringing The Boys To Amazon
Ben Edlund talks about his long term plan in The Tick Creator Has a Five-Season Plan for New Amazon Show.
Show Tidbits
Fandom lists 5 Life Lessons I Learned from ‘Supernatural’
EW gave us a First look at The Men of Letters Bestiary
Screen Rant lists 15 Storylines Supernatural Wants You To Forget
Buddy TV includes Supernatural in its list of 10 Must-Watch Returning Shows of Fall 2017
Seattle Pi invites us to Come Torture Yourself with Supernatural's Most Heartbreaking Moments
Geek Girl Authority lists 7 Characters We Need in the SUPERNATURAL Alternate Universe
Conventions and Cast Appearances
Mitch Pileggi is taking part in a Super Fan Event fundraiser on October 8, 2017 proceeds go to No Kid Hungry

You can catch up with Jim Beaver and Mitch at HalCon

Thanks to all the fans who came out & see @MitchPileggi1 at Indianapolis @horrorhound! Next con @halcon_scificon Sept 22-24! See ya there! ? pic.twitter.com/63fjHmNnow

Highway to Hell has a new episode posted

Fangasm reports  Sunday with Jared and Jensen at Minncon 2017

Lynn and Kim do PittCon – Part 1, Friday and Saturday

Finally fans had fun as