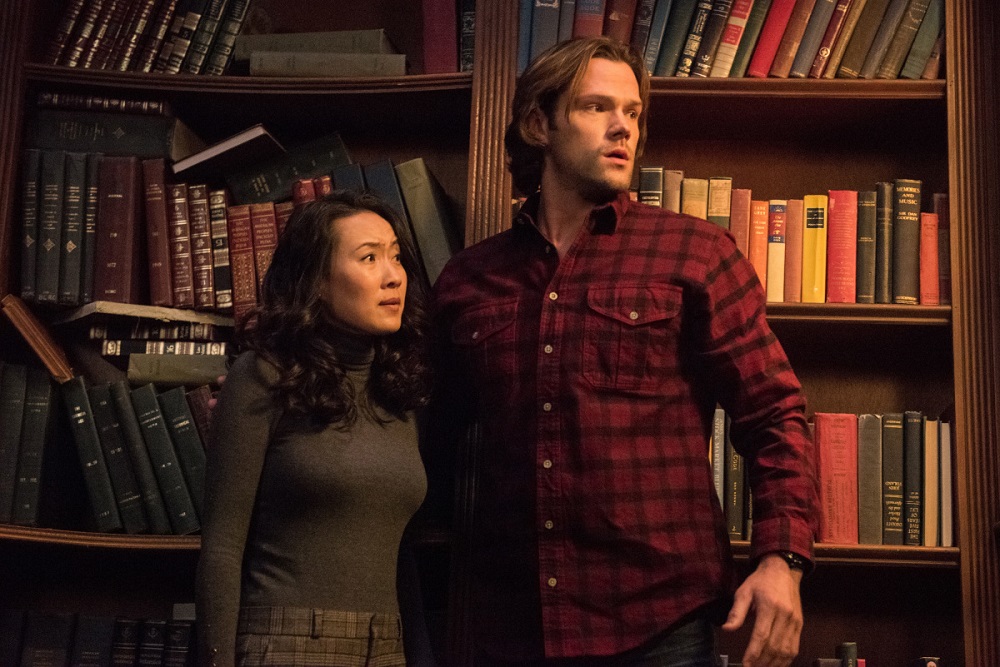 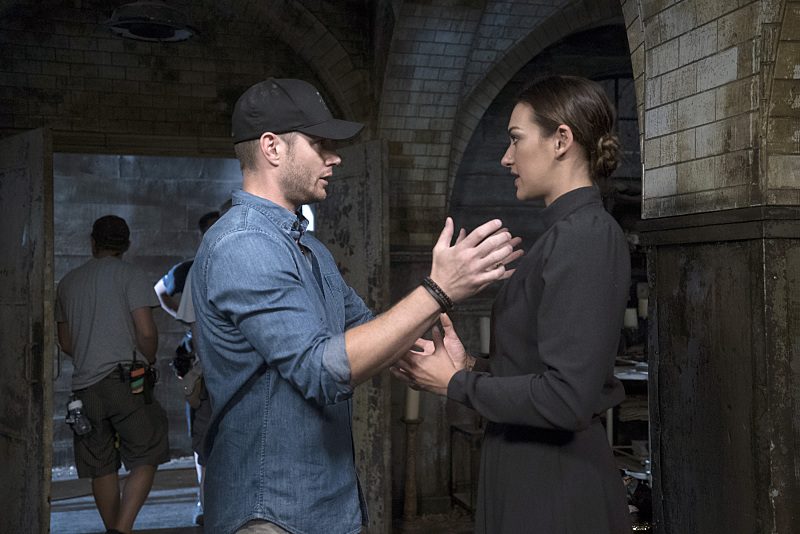 Making her mark: Amherst native Julie McNiven (Anna Miilton) in Hollywood (Thanks all-spn livejournal for the heads up.) ?It's out!! ??
I'm in this months issue of cineplex magazine with #emmawatson on the cover #PowerRangersMovie Mar 24! ? pic.twitter.com/slkc9LgpDs Hey there! Fancy an early peek at my memoir, #RevengeoftheNerd? Enter now for an advance readers copy on Goodreads: https://t.co/uYRBoxk947

Trailer for Boone: The Bounty Hunter is up!
This one of the few projects I got to shoot in LA and I loved every... https://t.co/6U1Iq4faIP #samaraijack is back this Saturday, March 11th, on @adultswim at 11pm. Happy and excited to be part of this show. Thanks for my cool gift! pic.twitter.com/d4D0u0ZDvf

You can also see the first episode of Lauren's new show Andi Mack
Gabriel Tigerman (Andy) had a guest role in this week's Colony.

Julian Richings is part of this promotion for the 2017 Canadian Film Fest
Mitch Peleggi (Samuel Campbell) has a new role as Dimension Films’ Horror Thriller Polaroid Begins Production.
We can now get a new peek at Rob Benedict and Richard Speight, Jr. in Kings of Con

If you plan on supporting @RobBenedict's #RockGod campaign, try to get in before Sunday night. For awesome reasons. https://t.co/OKlXtPrQ4t pic.twitter.com/lyQnQX3D6g

"Gilmore Girls'" Jared Padalecki shared a supernaturally beautiful photo of his wife and boys
We will be getting more pictures of this beautiful family since Genevieve Padalecki Joins Instagram.
Jensen also contributed to the Supernatural family album this week.

Both Eric and Sera Gamble took part in Yahoo's look at how Buffy The Vampire influenced today's producers.
Sera also talked with Yahoo about Superheroes, Spells, and Sexual Abuse: A Conversation With Melissa Rosenberg and Sera Gamble, EPs of ‘Jessica Jones’ and ‘The Magicians’.
Robbie Thompson took part in Emerald City Comic Con. Livejournaler HellsHalfAcre chatted with him about how things work Behind the Scenes at Supernatural.
Show Tidbits
Supernatural's Ghostbusters was included in Screener's list of shows within shows.
Screener also posted ‘Rambo’ to ‘Reservoir Dogs’: ‘Supernatural’s movie madness elevates Season 12 to a fun new level.
The appearance of Lucille in this week's episode caused a stir in the press
TV Guide asked Is Supernatural Just Rehashing Its Classic Fifth Season?.
TV Guide also named us #6 in Every CW Show, Ranked.
BuddyTV announced that 'Supernatural' Is Wasting Mark Pellegrino as Lucifer.
Conventions and Cast Appearances

Here we go...we are very happy to welcome her back to the Supernat-A-Looza Rockwood Festival 2017: @OfficialBrianaB ! pic.twitter.com/Bvm64M9FoY

Next week at this time I'll be in Cincinnati, OH for #horrorhound2017, making the usual fool of myself! Join me, won't you? #nerdsrule

There will be book signings in July in N.Y., Boston, Portland & Los Angeles with more to come. Dates to be announced soon. #RevengeOfTheNerd https://t.co/aM4feZyxrl

Come see us in this very timely reading. You can get your Brecht on and help support @shakescenterLA's Youth & Veteran's Arts programs! https://t.co/Cm84e1WIgF

We're happy to announce the first guest of #RCCC 2017 - the one & only @feliciaday! Tickets on sale next week. https://t.co/9H163pNT1b pic.twitter.com/0uv3ngoiII

Want to look at our fandom? In honor of International Women's Day you can see the first episode of Squee!